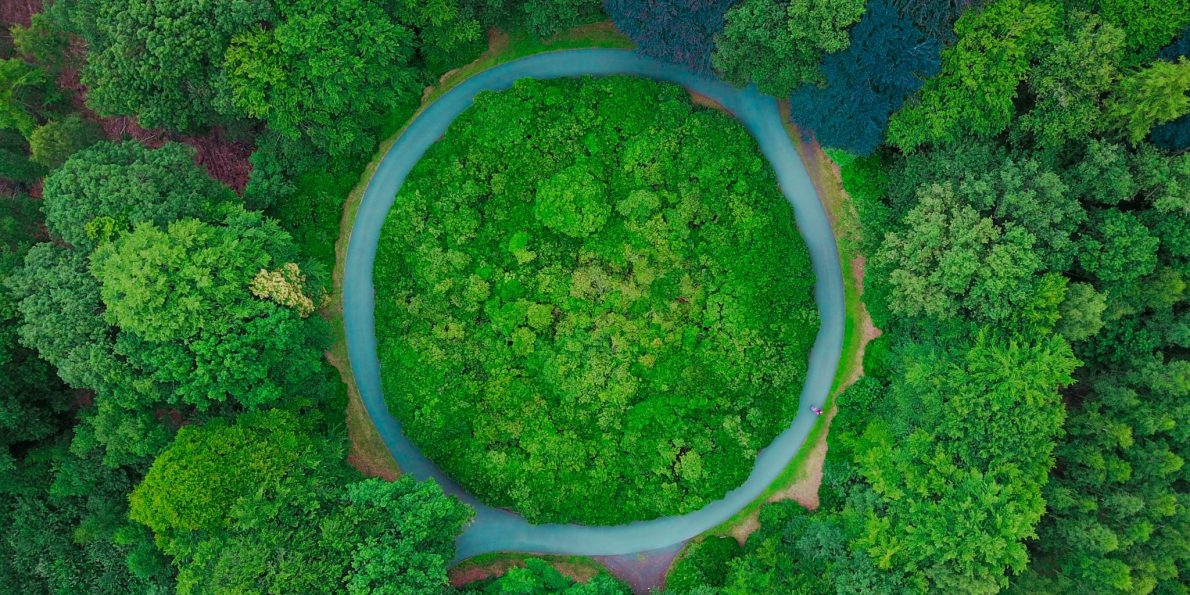 The problem with corporate greenwashing

Large companies are not doing enough to fight climate change. In fact, many are putting the world at risk out of their own self-interest.

It’s obvious to many of us, but many large companies say one thing and do another. At its worst, this leads to the funding of climate deniers in powerful positions and the spreading of false information about climate change.

We recently read a piece on The Conversation about corporate lobbying, and we were inspired to share a few words of our own. So today we’re going to talk about the term ‘greenwashing’ and what it means for brands of all sizes.

We’ve said it before and we’ll say it again: it’s time for big companies to change. 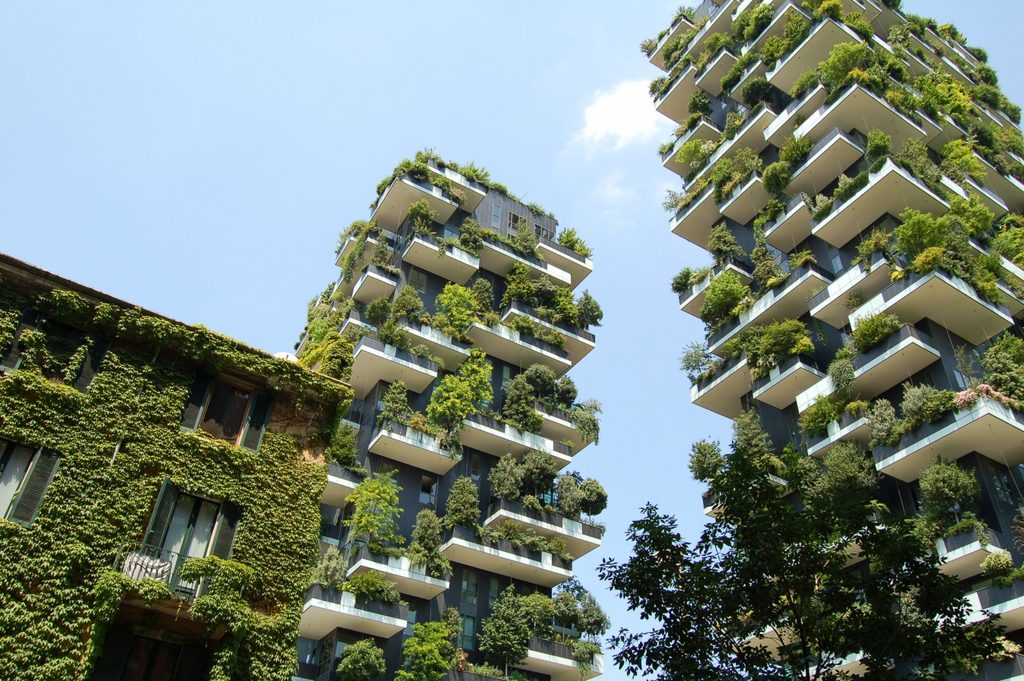 One of the worst examples of corporate greenwashing

“The challenge of the 21st century is to meet the growing need for energy in ways that are not only profitable but sustainable.”

As it turns out, the Advertising Standards Authority pulled their ad for being misleading. Their latest, supposedly “sustainable” oil sands project was in fact an incredibly dirty method of producing energy. Far from reducing emissions, a study showed that it would “increase the total overall emissions” of the Shell refinery.

This came a year after the oil giant got into trouble for misleading the public with an advert that showed flowers coming out of refinery chimneys. Their implied claim, that they recycle waste CO2 to grow flowers, was found to be a huge exaggeration. 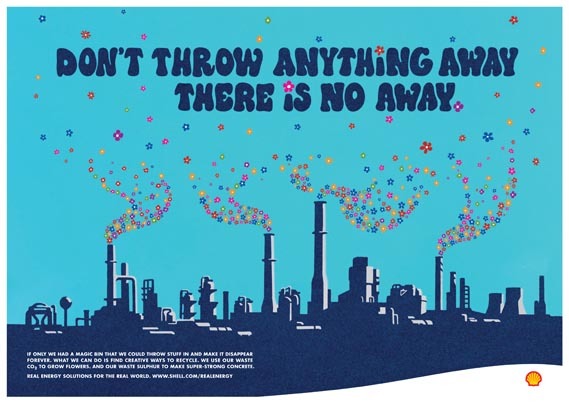 So is this ‘greenwashing’, or just blatant lying? There’s a lot of overlap, but let’s get into the definition — and threat — of corporate greenwashing.

What is it, and why does it matter?

Corporate greenwashing, as defined by the experts, is when a company “spends more time and money claiming to be “green” through advertising and marketing than actually implementing business practices that minimize environmental impact”.

If a company shouts about its sustainable credentials, yet doesn’t really do enough to warrant the claims, then they are greenwashing.

Our examples from Shell are greenwashing at its purest. But oil companies are far from the only ones taking part.

Sustainability sells, so it’s obvious that brands want to get in on the act.

The article we mentioned earlier, from The Conversation, talks about the dangers of companies going one step further — making ‘green’ claims yet lobbying against climate action. They cite Exxon Mobil as clear offenders. 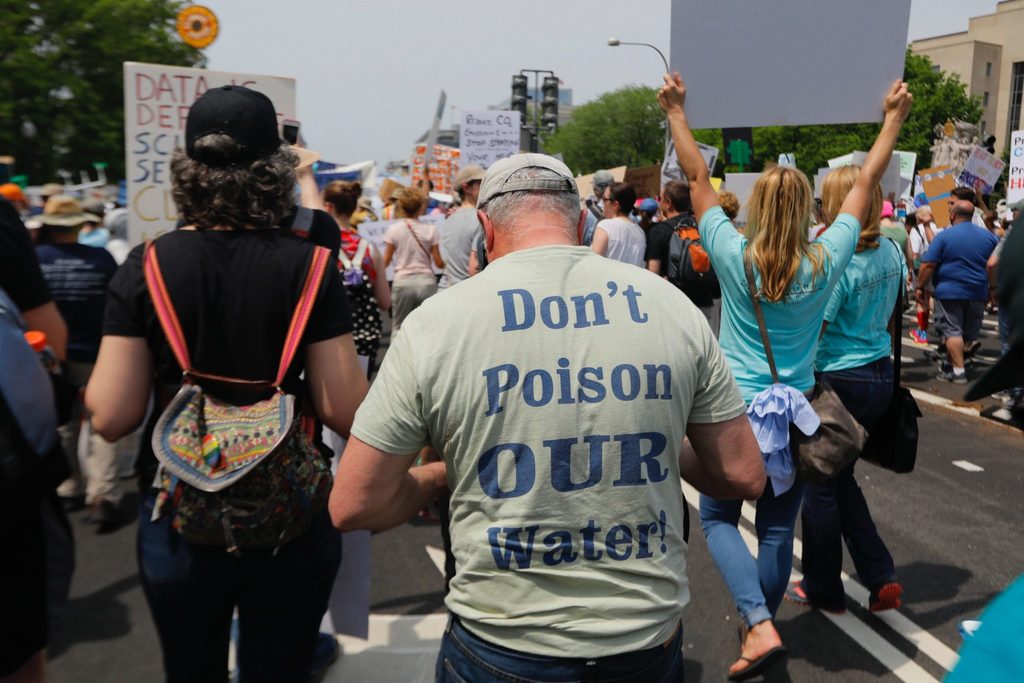 The danger of greenwashing is that the public is deceived and continues to unknowingly fund dirty, profit-over-everything companies.

We can all be more switched-on as consumers, but what chance have we got when we’re being lied to en-masse? It’s time for large corporations to reject the old way of doing business. That way is dead.

How to get corporate sustainability right

After the excitement of the World Cup, we wrote about how Mastercard’s sponsorship efforts were all wrong. In that example — and in cases of greenwashing — promotion overshadowed action.

It’s not enough to stick a green label on a product and say you’ve done your bit. What structural changes can your company make to ensure the world is better than when you found it? That’s a big question, but it’s what modern, progressive leaders should be asking themselves.

Take the positive example of energy company Ecotricity. They use 100% green electricity and don’t charge the world for it. They’ve successfully communicated their sustainable credentials and they’re making the profits they deserve.

One-third of consumers are now buying from brands based on their environmental and social impact. Effectively communicating these credentials represents over $1 trillion in market opportunities. 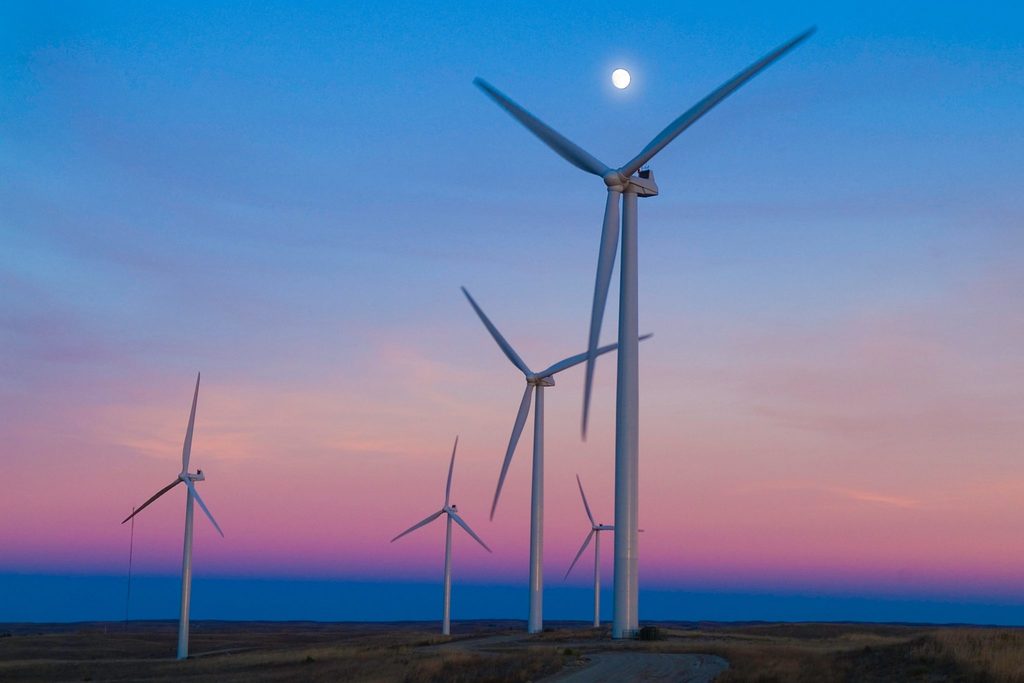 With those figures at stake, it’s a risk not to adopt a more sustainable approach.

But lying or exaggerating will not work. You will be caught out and your company will suffer. Learn the lessons from Shell and Mastercard.

You’re not perfect, and neither are we. Let’s talk about how to make your sustainable marketing better for your profits, people and the planet.