Doughnut economics is something we all need a bite of 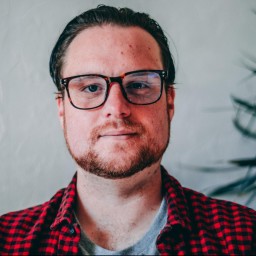 A tasty way to look after our planet and people!

I’m sure Kate Raworth and her team working to make the Doughnut Economy a real thing are probably fed up of the obvious puns, especially when what they are proposing is key to the future of the human race and our relationship with the planet and each other.

The principles of Doughnut Economics

At the moment countries put their GDP (Gross Domestic Product) first and don’t measure things like, how happy their people are or how much it costs the planet in order to achieve that GDP.

It’s problematic at best and at worst it’s a clear indicator why there is so much inequality in the world. The rich are getting richer and the poor are getting poorer. How can this be a sign that a country is doing well?

What if we changed the goal?

There are alternatives, did you know that there is a ‘Happy Planet Index’? Here in the UK, we rank just 34th out of 140 countries. The US? 108th! Some of the biggest, wealthiest countries in the world and they are measurably unhappier than lots of countries where their GDP is drastically lower.

Costa Rica tops the Happy Planet Index. It’s not perfect at all and there are many things to improve, particularly around the income inequality but it terms of life expectancy and wellbeing, Cost Rica is the place to be.

GDP measurement in itself has lots of problems with countries knowing that’s what counts, propping up their GDP favourable activities and ignoring things that don’t have the impact they are looking for.

In order to bring balance to our planet and serve the most vulnerable in society we need to find a better way of measuring what’s important.

Our current system is set up around a story of neoliberalism as told by a small group of economists in 1947. From the 1980s this was given an international cast of actors and we were told:

Post global financial crash with a climate emergency declared it doesn’t feel that this really fits anymore? You can argue whether it was ever effective or not in another space but the world has changed a lot and we need a new story.

Economics students have looked upon the rational consumer for decades and studies show that the more time a student spends researching this model the more self centred they become.

Human nature is the opposite. We are social, community based species that are hard wired for empathy and community. Our wants and need evolve as our values do and rather than being on top of nature we are connected and harmonious with it.

The question we are left with is how can we change our global economy that leaves the human out of the equation and turn to a more localised economy that focuses on an individuals place within it.

We have started to see some of those changes with local produce becoming ever more popular. This has led to more people asking where their others items are coming from and this is a great step to understanding some of the challenges with a global supply chain.

Get savvy with systems

Current economic models are based in math and trends, the difficulty is that trying to measure human nature through that lens doesn’t pick up on the outlying numbers. The things that cannot be predicted, the events and challenges that we couldn’t see coming.

Is it really that big of a surprise that we didn’t see the global financial crash coming? Or was it inevitable in a short sighted view of the world?

What we need now is to embrace to complexity of the global population, get up close and personal with human emotions, balancing needs and wants in a resource limited planet.

There is a need for softer approach, think of our economy as a garden that needs taking care of rather than a machine that needs servicing.

Trickle down economics is broken.

It’s one thing to promote innovation and entrepreneurship but another to say that the systems we currently have give everyone the chance to even explore what they might bring to the table.

We have to redesign the world so that income inequality and the control of finance is fair and distributive by design. Jeff Bezos earns in just 9 seconds what it takes his median salary employee a whole year to make.

Set to become the worlds first trillionaire – we have to ask the question. Does anyone really need that much money? He could literally make huge, positive changes to the world but instead, he takes advantage of a system that allows him to grow his net worth by nearly $3m per day while many across the globe will never even meet someone that has $3m in their lifetime.

Take from the earth. Make something. Use it. Throw it away.

Economics tells us that it’s ok. If we keep on growing that we will earn enough to clean it up. As we just mentioned, those that are reaping the rewards of the growth are not cleaning up after themselves.

Instead, we need a system where one processes waste becomes the fertiliser for another. A system that doesn’t just consider how something is made and sold but one where we are always considering how our things are disposed of as well.

The team at Doughnut Economics have created a simple model that shows exactly how we can ‘get into the doughnut’ and they have analysed how certain countries are performing.

What is important to understand is that while as individuals we can take action and show our desire to make changes. The best way to force the issues is to pressure your local government. Make them understand the need for a better future. Look at local groups you can join or maybe start one yourself where the community can take a look at the principles and see how they might apply them in their own backyard.

When we look at huge changes like this it can seem overwhelming. There are lots of very smart, brave a wonderful people out there demanding change and making policy makers and large businesses owners think differently. We need to remain hopeful, critical and courageous!

If you are a business owner or working in local government and would like to discuss what the Doughnut means for your organisation then you can reach out to [email protected] and we will be happy to have that conversation with you.

Mark is CEO of Conscious Creatives. A passionate believer in global policy supporting local action. His passion is realising the Global Goals. In his spare time, he can be found on the coast walking, swimming or surfing.