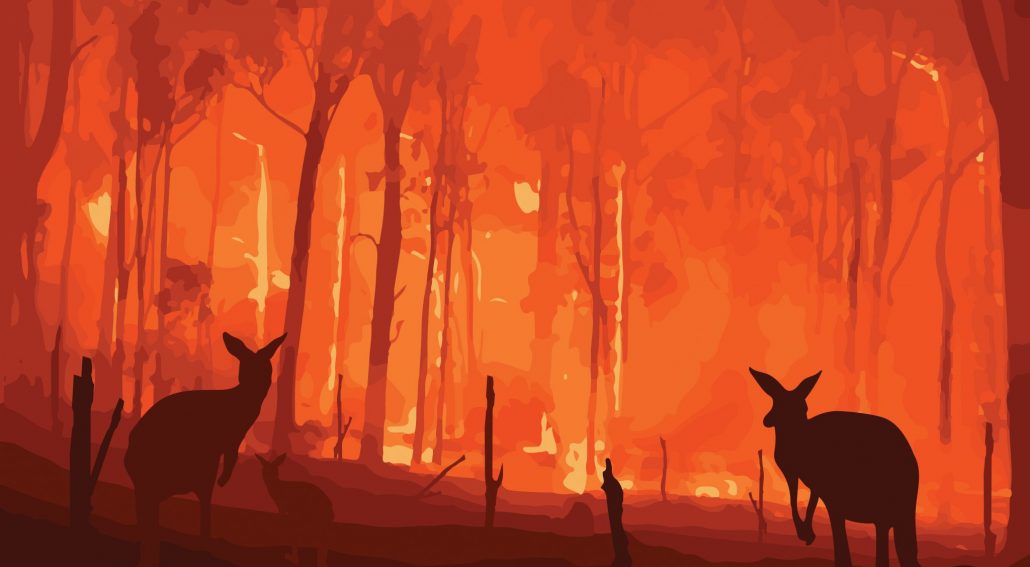 Throwing Logs on the Fire

How the Australian Bushfires are Indicative of Something Greater

This is a guest post by Immigration Advice Service.

David Hildebrand is a content writer for the Immigration Advice Service, an organisation of immigration lawyers providing free advice and support to asylum seekers and victims of abuse

With the world recently rocked by the horrific bushfires in Australia, the Australian Government has felt the ire of the media, environmental campaign groups, and the outraged Australian public over its handling of the situation. One of the devastating yet underrepresented tragedies of the bushfires is the displacement of the indigenous Australian population, where spiritual connection to the land runs deep within their culture and history. This catastrophe has its roots within the current economic systems that have propagated the acceleration of manmade climate change.

The bushfire crisis sheds light upon the ways in which predominantly Western states have responded to those who are forced to migrate due to the climate crisis. However, Australia is just one visible case study of this; the implications of Australian policy are symptomatic of how many other governments have approached the climate crisis.

Though indigenous Australian identity varies by region, language, and family among much else, one of the unifying features is the significance of land. This is expressed spiritually through Dreamtime; stories of how the world was created. These include the origins of mountains such as Mount Gulaga, the formation of canyons due to the Rainbow Serpent’s travels to find his tribe, and even how the first boomerang came into being.

As global heating continues to ravage indigenous land, both their physical and cultural existence is at risk. For indigenous populations, the destruction of land threatens their lives far beyond that of material possessions; it endangers their very identity. In 2018, Baloon Cave – an extensive rock art site in Carnarvon Gorge Central Queensland – sustained heavy damage after a bushfire. The reaction from the indigenous community reinforces just how vulnerable their cultural heritage is – and it is the brutality of colonialism which paved the way for these losses.

The compounding of colonialist sentiment and practice against the indigenous population has spurred resentment and division for thousands of years, and understandably so. As colonialist endeavour pioneered the fossil fuel economy, the dispossession of indigenous land became increasingly common in the search for energy sources. Colonial legacies of eradication, dispossession, assimilation and racism continue to impact the lived realities of Aboriginal peoples. Various links to human rights abuses from the fossil fuel industry have done little to quell the continued accusations of colonialist-like practice.

It is no secret that there is big business in non-renewable energy resources. Australia happens to be one of the most invested countries in the fossil fuel trade, deriving the bulk of its energy from burning coal – a fuel that last year was its largest export earner. Australia accounts for 1.3 per cent of global greenhouse gas emissions and is the fourth-largest coal producer, behind China, India, and the United States. In essence, Australia continues to profit from using energy sources that contribute heavily to Global Carbon Emissions at the expense of others.

This has been brought into painful perspective, as even though Australia has been ravaged by bushfires linked to climate change, it is the poorest countries in the world which contribute the least to global heating that feel the effects foremost. Small countries such as the Bahamas – responsible for just 0.02 per cent of global emissions – has repeatedly fallen victim to extreme weather, and faces slower-moving threats such as sea-level rises. Others include the Maldives, Vanuatu, and Tuvalu (both East of Australia). Tellingly, an Oxfam report found that the average Brit will emit more carbon in the first two weeks of 2020 than the citizens of seven African nations emit in an entire year.

Yet, despite Australia’s substantial contributions to the global climate crisis, its government continues to exemplify the contrast in how first-world countries and developing nations around the world respond to the concurrent refugee crisis – one that is inevitably exacerbated by climate change. Australia has acted most egregiously via the use of offshore internment camps on the islands of Manus and Republic of Nauru for holding refugees. This has cost several lives, the mental and physical health of thousands of refugees and billions of dollars, as well as numerous cases of inhumane treatment and abuses. Evidently, it is the countries which contribute the most towards carbon emissions and climate change, that refuse to support and protect those as a result of their actions.

Thankfully, there are examples of other countries who are willing to deal with the crisis at hand, rather than ignoring the suffering of thousands. This includes the efforts of far lower-income countries such as Uganda, Ethiopia and Columbia, all of whom have stepped up to welcoming and allowing refugees to work and move freely within their countries. Those that continue to evade responsibility include the likes of the US, with a zero-tolerance policy at its Southern border, as well as the European Union’s indecision which has left 40,000 refugees stranded on various Greek Islands.

It is easy to become defeatist in the face of Western indifference, irresponsibility and often cruelty whilst at the whim of governments that continuously exploit the planet in the pursuit of profit. Yet, on the contrary, government policy can dramatically pave the way towards a low-carbon future. This means businesses must support progressive climate policies and must get behind those who work tirelessly to promote their implementation. It is possible to spark real change by backing those who promise a radical shift in policy, prioritise a green revolution, and who wish to tackle global inequality.

Mark is CEO of Conscious Creatives. A passionate believer in doing the right thing is the key to being successful. He is also a photographer, filmmaker, writer and speaker.